Finn is a tool designed to build confidence between bank and customer. A major part of that: breaking away from typical UI of banking apps and opening up new horizons. Without transaction lists.

Supervised by Christian Hertlein of leading fintech N26. In teamwork with Marius Claßen as part of a student project at UAS Potsdam. I was mostly responsible for user research and UI concept drafting.

The course “Crafting User Interfaces” was mainly about the problem of trust-building in the banking industry. It’s an obvious problem: with the advancing digitalization there is a gap of trust between customers and new—and yet untested—banks and service providers. The task given was “Design a solution that focuses on the aspect of building trust in relation to money. Trust can be built directly or over time, involving financial knowledge transfer.”

The analysis of the typical usage of banking apps put forward a thesis we subsequently confirmed throughout the design process:

In our opinion, both areas work for long-established banks such as Sparkasse or Deutsche Bank - they are established banks with a high transaction volume and with the trust of customers from several generations. Reliable and secure processes are expected here for extended banking transactions.

This trust is lacking in online banks, such as N26. General banking transactions are regarded as serious, extended services are not trusted and accordingly little use is made of them — this is reflected in their statistics. In the course of the problem-finding process, we also conducted a survey with 36 users under the title “You & Your Bank”.

Our thesis was confirmed thereby - the confidence difference between house banks and online banks is immense. Our comparison value (since trust cannot be measured in a particular unit) is very clear here: house banks have a trust value of 7.9. 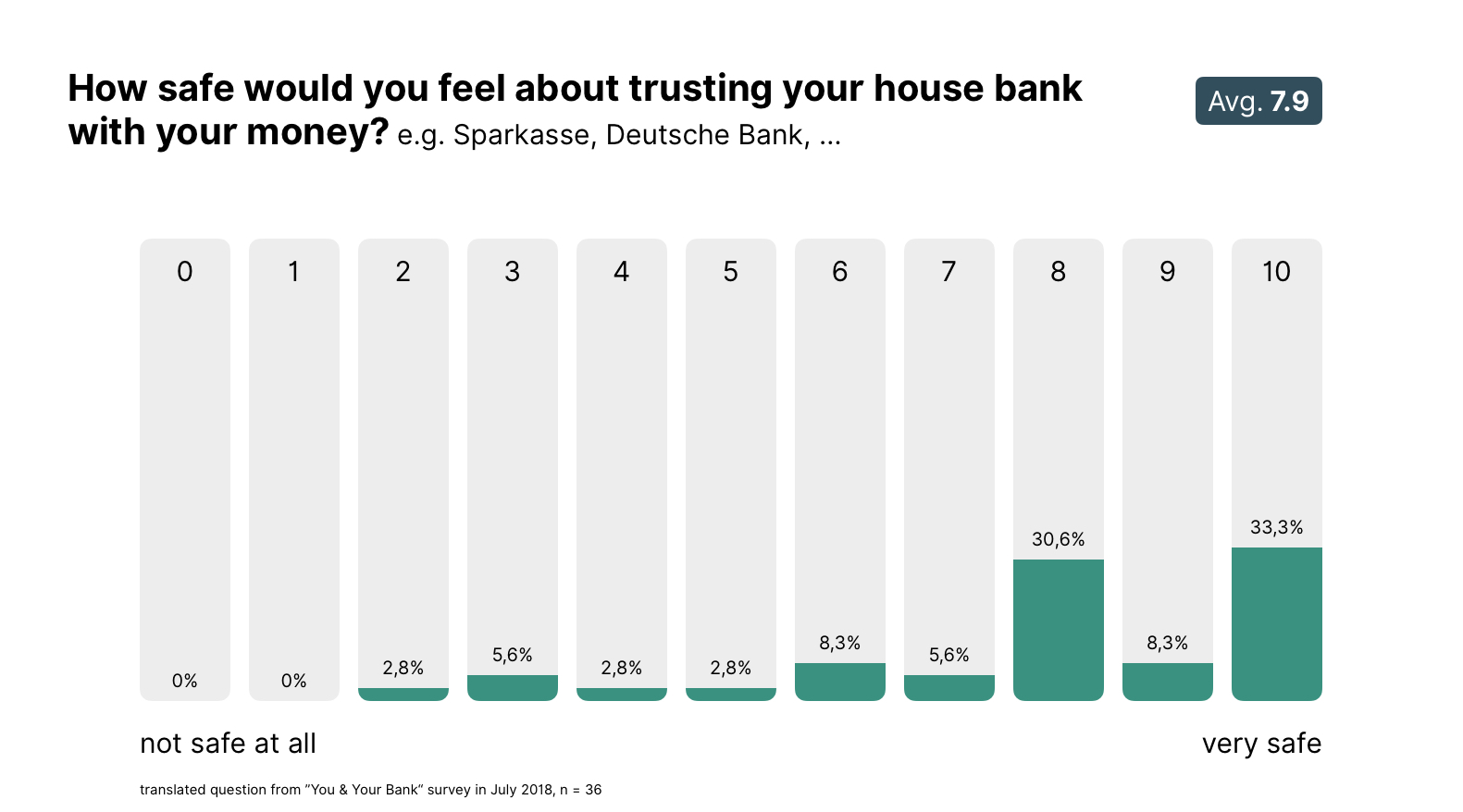 In contrast, online banks such as N26 and Revolut have a comparative value of 6.1 - almost two points less. The other statements were similarly meaningful. For example, our question about a fictitious chatbot with provocative comments pointing to dangerous spending behavior, a service that we have identified exclusively with online banks. 51.3% of respondents gave the idea 0 out of 10 points and the average score was 2.2. 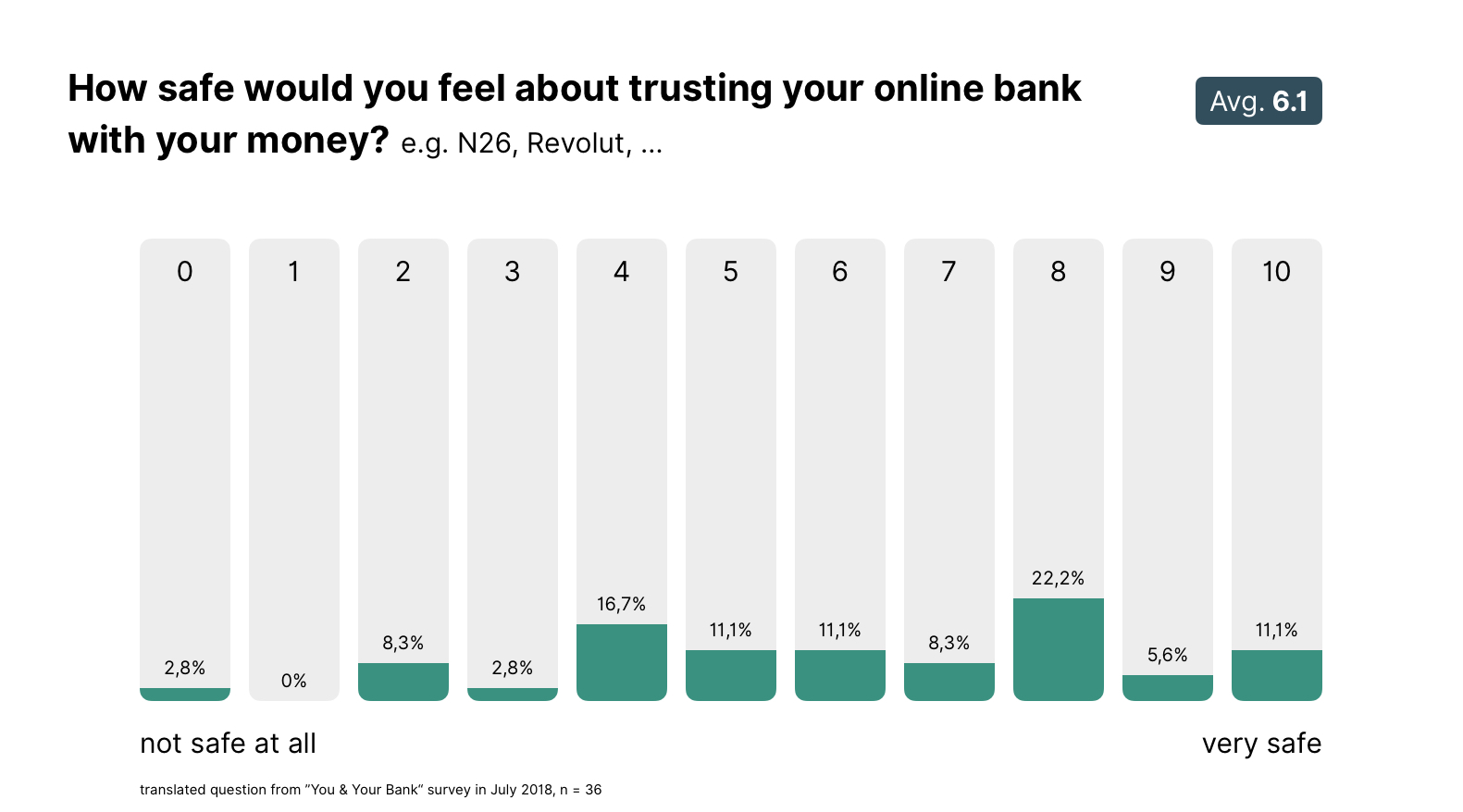 There’s a lot more research that went into making Finn. Interested? Check out our German documentation of the entire process, including interviews with two Berlin-based startups, Personas, and much more.

The making of Finn

An interactive motion prototype that showcases Finn. A few impressions:

Finn’s unique navigation.
The button at the top functions as input method (click) and as menu navigation (swipe). A swipe switches between the notifications and the overview.

Transaction via Text.
In order to make the transfer process as efficient as possible, it is now–like all other interactions–controlled by Finn with a text input.

In-depth notifications.
A high-alert module notification, that warns the user about an occurence on his account. Finn recommends an action and makes executing it easy.